Had a successful run into Ukraine last week with Oro (see photos). Delivered two pallets of aid and a box to the Kyiv area, spent a few days in Ukraine. We go to Ukraine again tomorrow morning, but this next run is likely to be shorter, perhaps just to Lviv.

The new van (Shylah) was a champ. Ate up the highway, and made the drive from Kyiv back to Warsaw (1000K with diversions) on one tank. The van didn’t cost as much as you would think (about $8000, plus another $1500 for upgrades, equipment, mechanics, and legal fees). We raised almost all the money from a couple of wonderful donors, and I want to say thank you to them again! We are putting that money to work, living very dirt cheap on the road, and keeping that diesel engine turning over for days. I am glad we spent a bit more than we were intending, and got the next level up of used vehicle. All the ones we looked at that cost much below our van were super clapped out.

While in Kyiv I bought a bunch of stuff for a future fund raiser or auction (photo post of the stuff coming), including some very nice hand painted wooden eggs, military patches and Ukrainian patches, some Putin Face toilet paper with some choice comments, and some surprisingly cool fridge magnets. Let me know if there’s anything from Ukraine you think would be good to pick up for fund raising sales.

The Hotel Dolynskyy in Lviv and The Hotel Ukraine in Kyiv are worth their own posts, which hopefully I will write and get up. This is true for many things, like the collection of destroyed Russian equipment in front of St. Michaels in Kyiv, or the wall of international martyrs in Maiden Square. This is most especially true of our short trip to Bucha, just outside Kyiv, and the site of one of the worst Russian massacres of the war so far. That is a topic that can’t be handled in a light update post, and requires a more serious moment.

On last weeks run got through the border into Ukraine pretty easily, but that was really not the case going out. Got to the first border crossing around 7:30pm, but had to drive an hour to another one. Finally got into Poland after 4am. And they tried to turn us back. Apparently, the spare fuel in the cans we were carrying, which are necessary in much of Ukraine (and which we’ve crossed back and forth with a half-dozen times) were now prohibited by some EU regulation, and then we weren’t allowed to just empty them into the tank, and then the person who could accept the payment of our hundreds of dollars of fines wouldn’t arrive for hours. There was a lot of pleading and explaining done in a couple languages, and a bit of us just flat refusing to go back, and then finally some sympathy from the border guards, and eventually we were allowed back into Poland without paying any fines.

Kevin is up to lots of exciting stuff that are also worthy of their own update soon, and that will play out in the near future. I’ll hint at some of it. There is a warehouse of aid in Lviv that needs drivers to get it into south Ukraine, there are tourniquets being bought in the USA and shipped to Ukraine. He has also arranged and given some deeply moving donations to support the animals trapped in a zoo near the front lines in Mykolaiv. He has been traveling for a bit, but we are likely meeting up this weekend in Ukraine.

As a last update, we were fronted three sets of protective vests and helmets yesterday. We are intending to pay for them (if we ever have any money), but the people who had them decided our safety was more important than getting paid up front, and they just want the best for us. A profound thank you to them! We are not planning on going anywhere that they will be constantly needed, but if they are suddenly needed somewhere, then that is a real need, and it is best to have them. Yes, the vest looks a bit silly on my sternum, but they are made for regular torsos and don’t come standard in hefty boy gorilla sizes.

Some photos also of the border line, the lovely sunflowers next to it (which are everywhere in Ukraine) and other stuff. 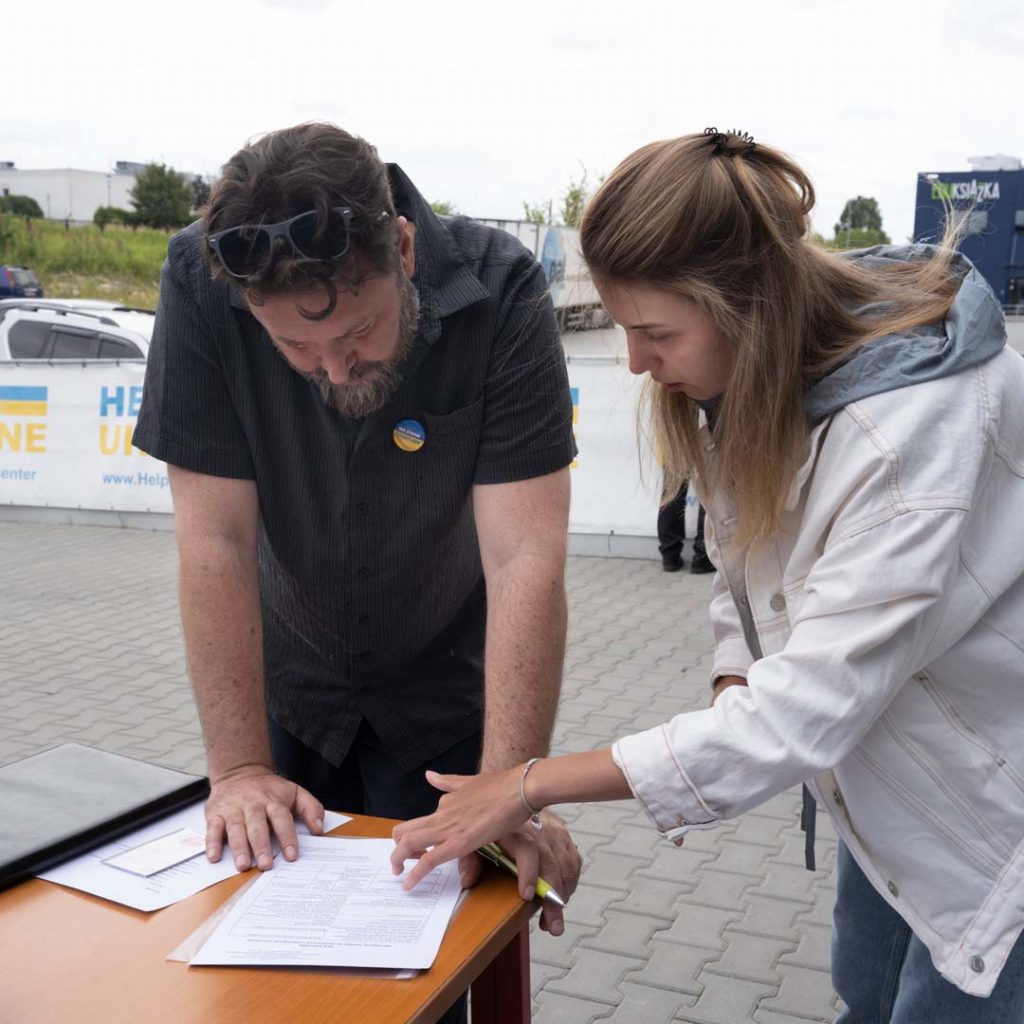 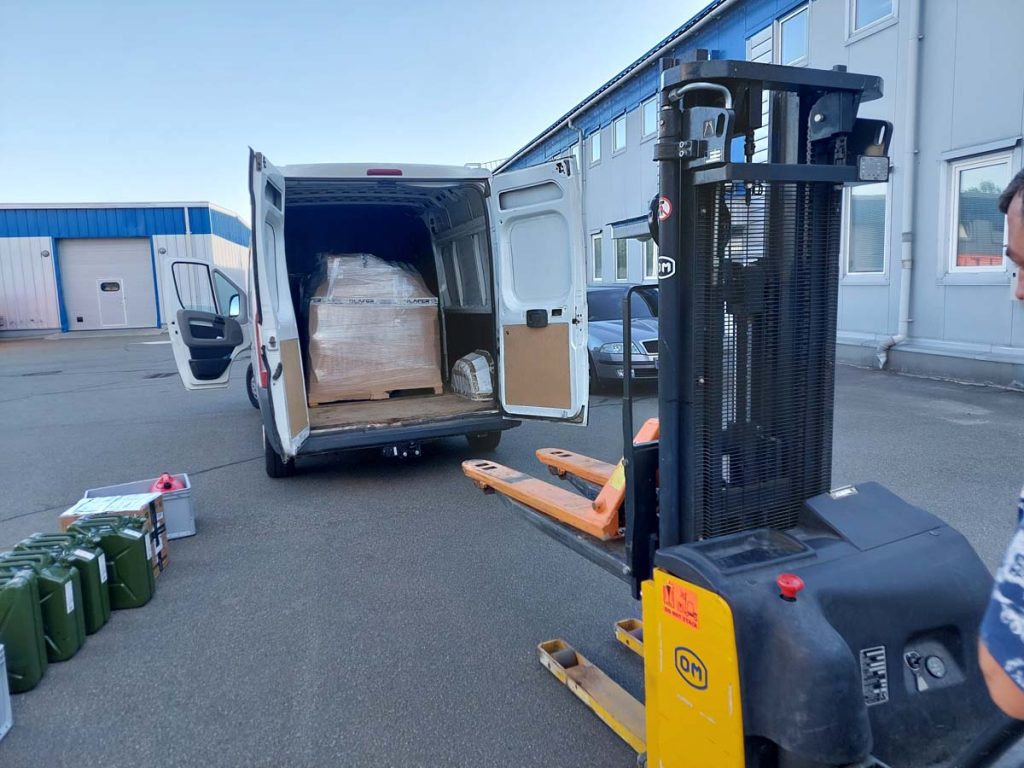 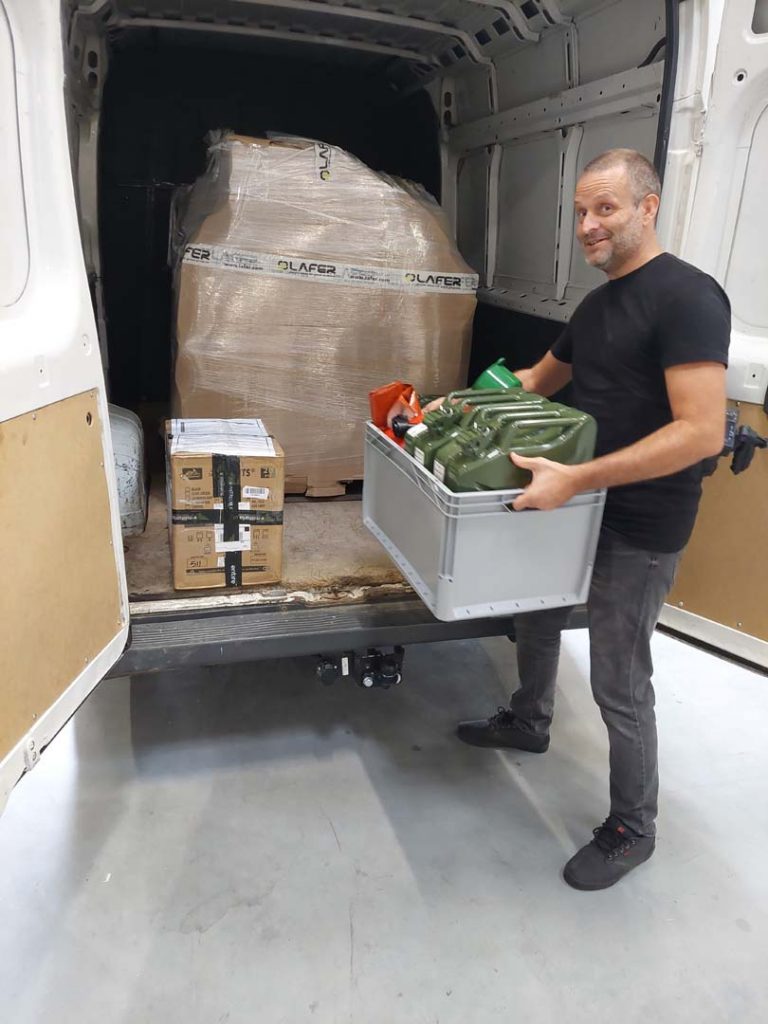 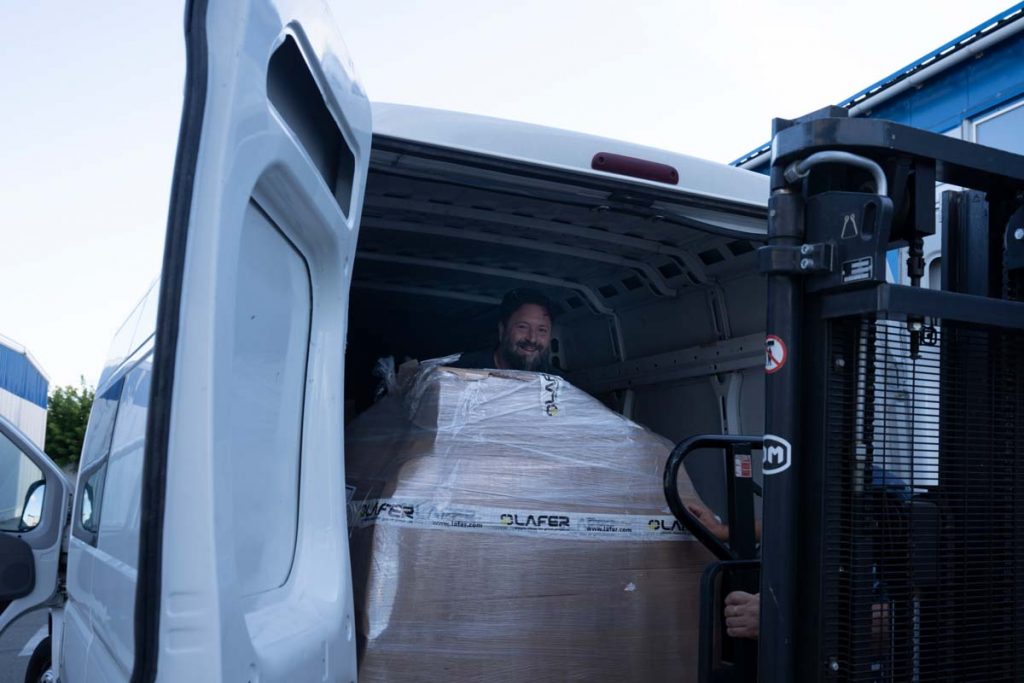 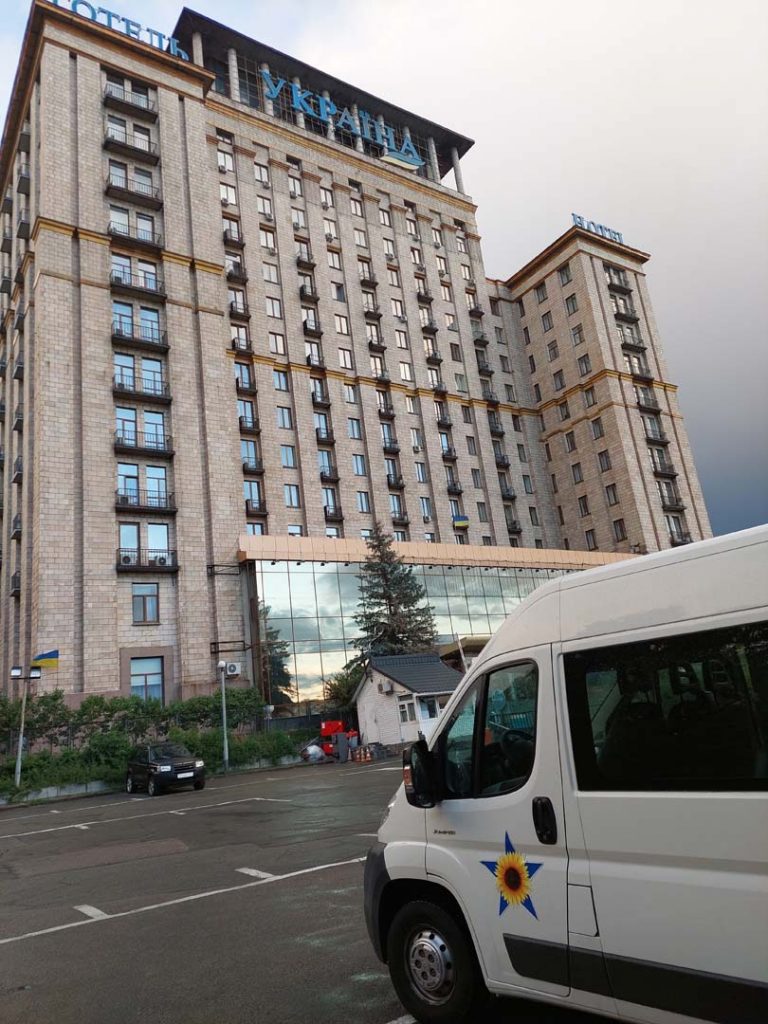 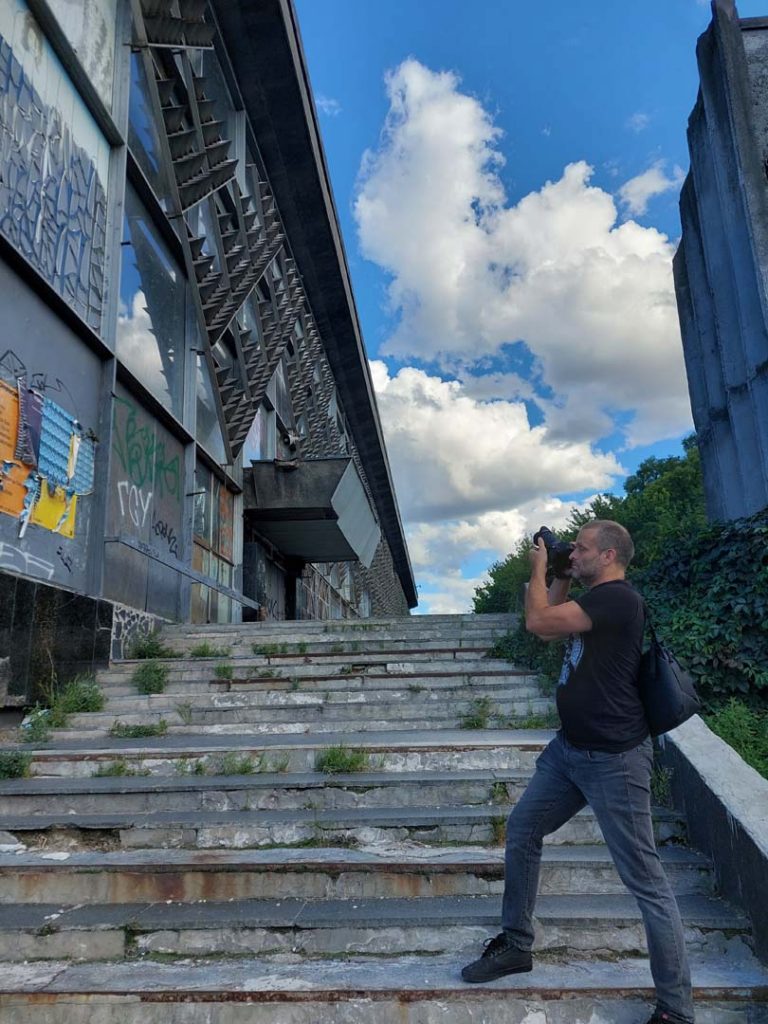 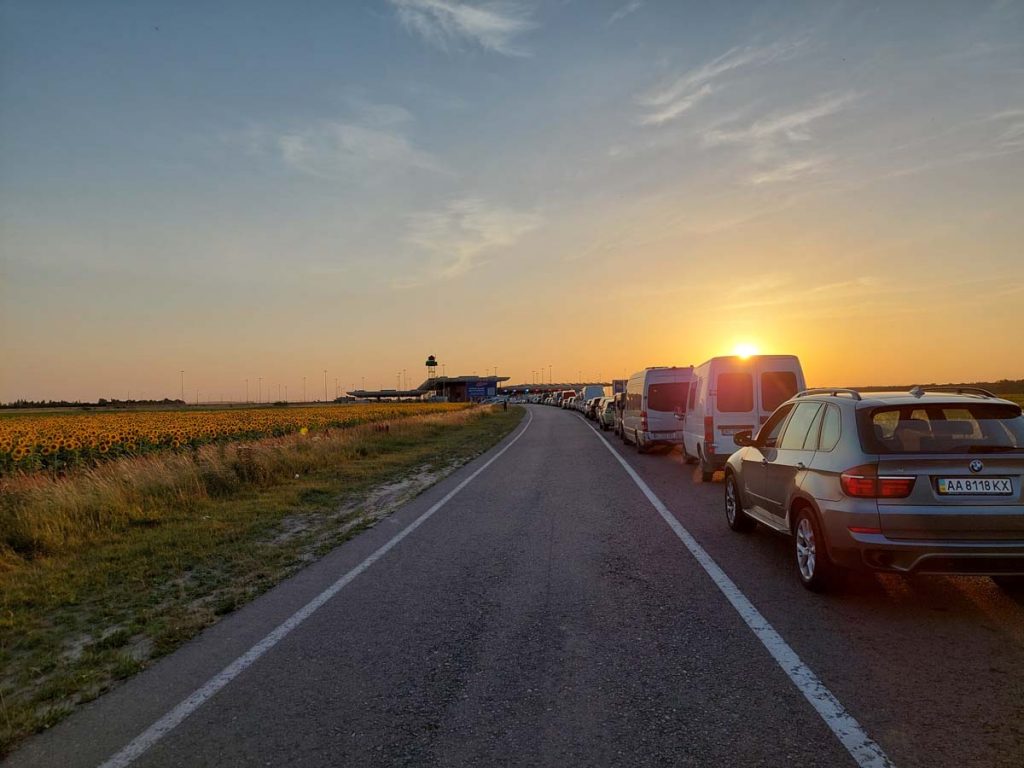 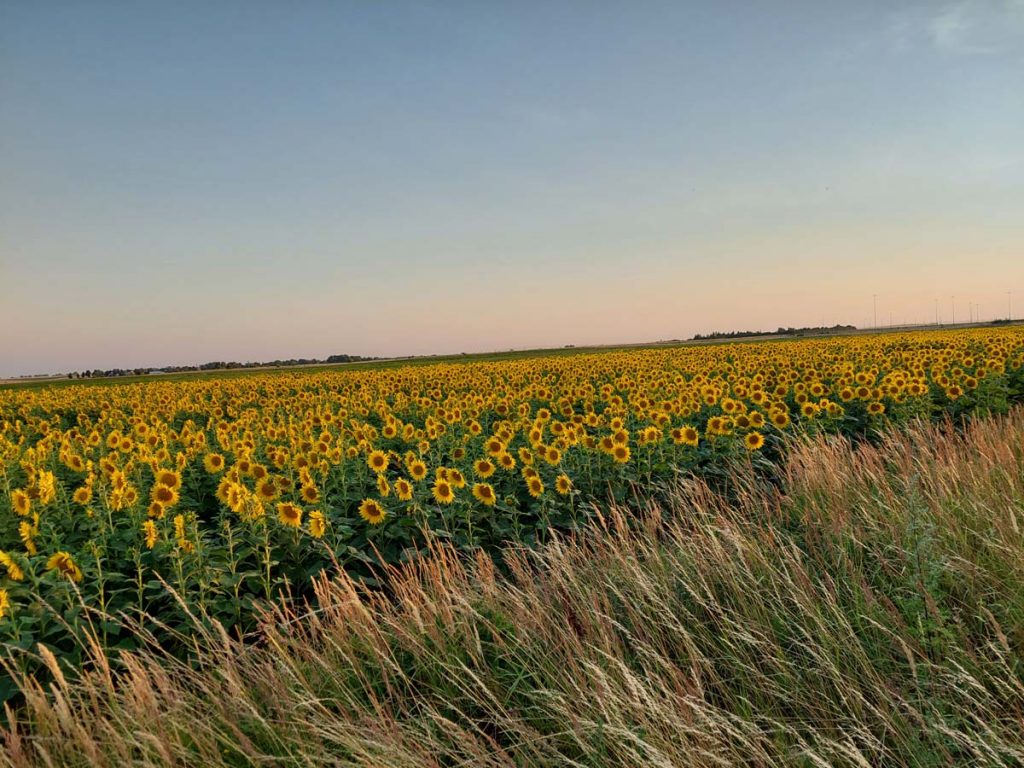 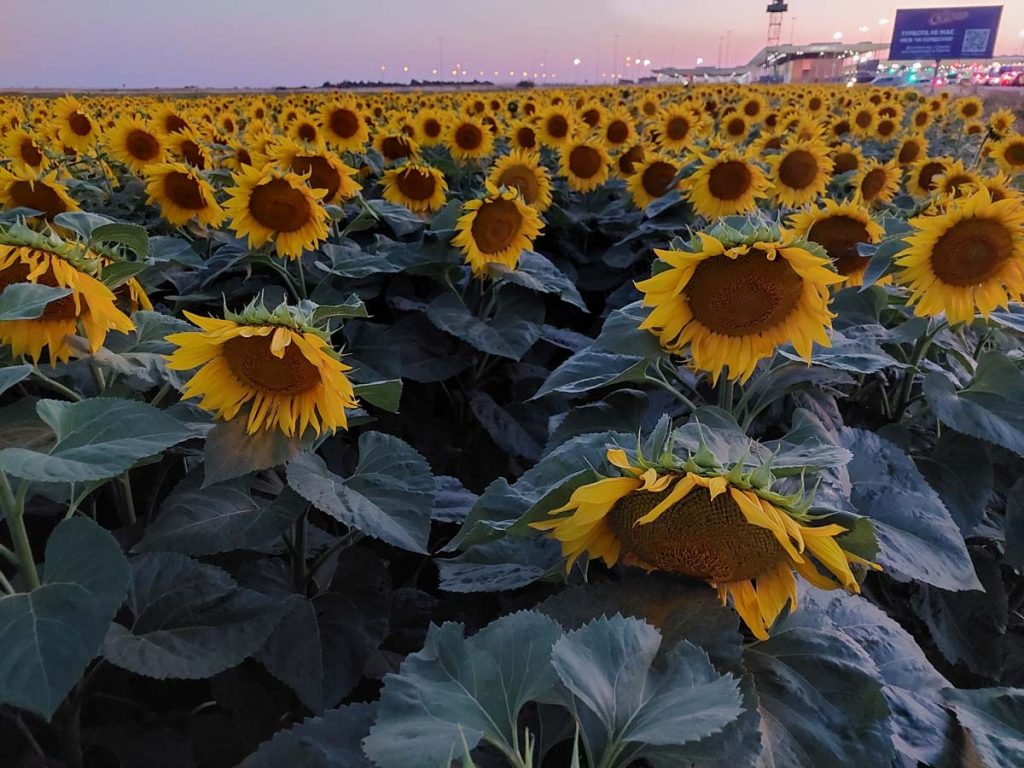 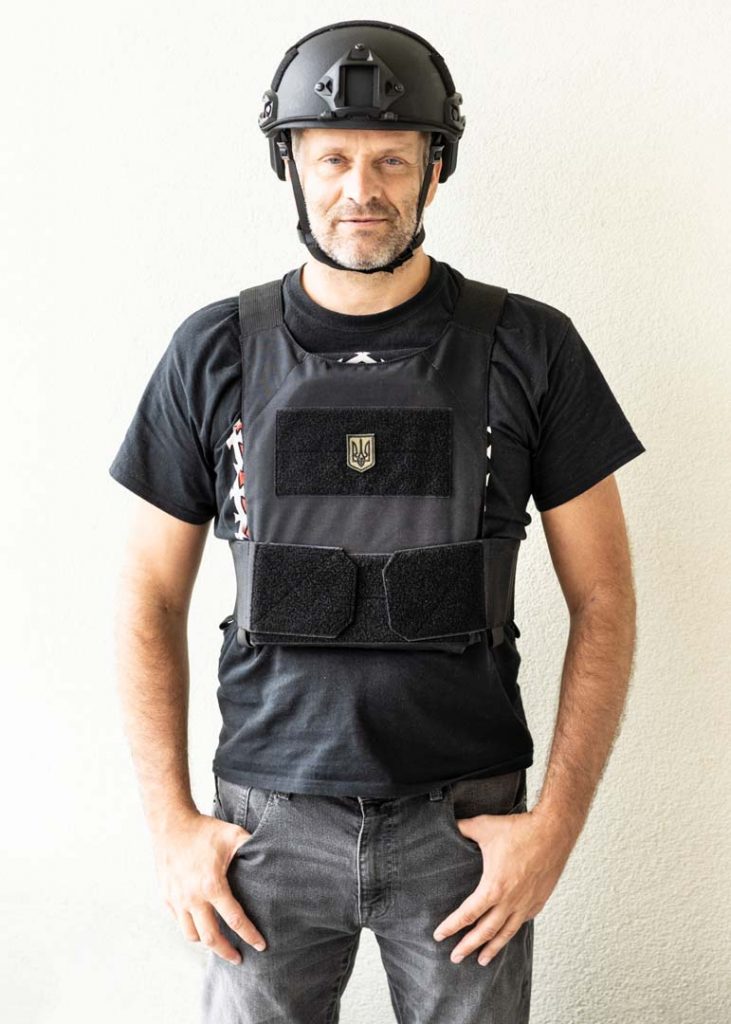 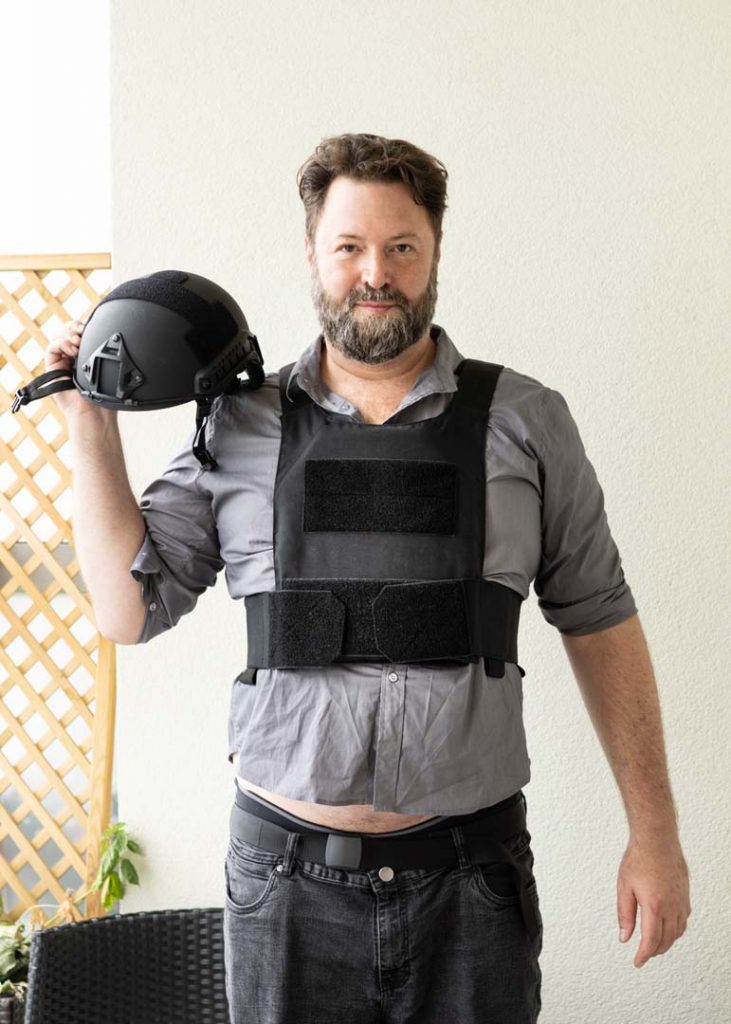